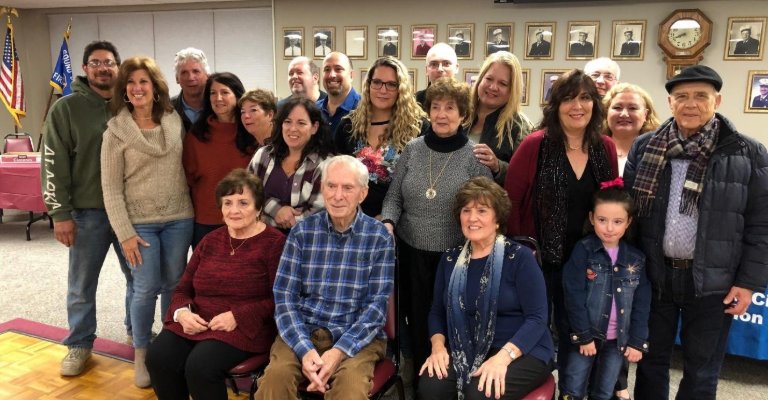 Long Island is formed mostly of two spines of glacial moraines that are made up of gravel and loose rock left about 21,000 years ago when the Wisconsin glaciation formed the top layer of the earth. The Ronkonkoma moraine is the most southerly moraine and forms the “backbone” of Long Island.

The northern moraine, known as the Harbor Hill moraine, direcly abuts the North Shore of Long Island in some spots. Distinctive features that date from this time period include the North Shore cliffs.

Birth of a Hamlet

In 1929 a New York City newspaper, The Daily Mirror, offered subscribers the opportunity to buy a 20×100-foot parcel of land in an undeveloped area between Rocky Point and Miller Place—what is now Sound Beach. Buyers could purchase the land for $89.50 per lot with $12.50 as a down payment and $3.50 a month until it was paid off as long as they took a one-year subscription to the newspaper.

A clubhouse was erected and entrusted to the community along with parklands and this began the formation of the Sound Beach Property Owners’ Association (SBPOA). At first people erected tents and outhouses. Eventually small cottages were built, and these were later expanded into single-family homes. The first Sound Beach Post Office opened on June 1, 1946. Prior to that mail could be sent and received c/o Scotty’s General Store on Echo Ave. or Moeller’s General Store on Sound Beach Blvd.

For almost 40 years Sound Beach was a “summer community”—most living here only in summer months to enjoy the mile and a half of what is still beautiful pristine beach. Today, Sound Beach has grown to a community that, according to the 2010 Census, had a population of 7612.

Most of this is generally known, but there’s so much more about the history of Sound Beach that, if not preserved soon, may well be lost to future generations. For example, at one time, this hamlet had its own police, its own sanitation, its own water district.

There was once a “pavilion” on the bluff where residents could sit and enjoy the view as well as purchase hot dogs, ice cream, soda, etc. At one time each weekend young teens could play ping pong, knock hockey, and dance at the Community House and older teens could dance at the Clubhouse. And, at one time, there was a community of people who came from the same area in Spain and settled on and around Shelter Drive in Sound Beach—the Spanish Colony of Sound Beach.

The story of the Sound Beach Spanish Colony begins in Tabernas, in the province of Almeria, Spain, located on the edge of the Tabernas Desert, where many feature films and TV series have been filmed, including an episode of The Game of Thrones.

In 1933, for economic and political reasons, many, if not all, of La Colonia, left Tabernas. From the economic perspective, there was little or no opportunity in Tabernas and Almeria.

From the political side, rumors of civil war were mounting and they sensed that a civil war would only make matters worse. By 1936 Spain was in civil war. The province of Almeria was predominantly on the side of the democratically elected government. Franco led the opposition and it was well known that anyone who had not supported him would suffer. Fortunately, however, many from Tabernas had emigrated to Brooklyn, where they formed The Spanish Club, shown below.

They found their way to Sound Beach in the late 1930s and early 1940s when the men went to Sound Beach to hunt pheasant.  They then bought small lots through The Daily Mirror and built small bungalows (with outhouses) that they used for weekend and summer outings. Their homes were situated on and around Shelter Drive, and they eventually moved there year-around to form a community that became known as The Sound Beach Spanish Colony, or el paraíso (paradise).

The Lopez and Galvez families were some of the first to settle in Sound Beach. They eventually built the Casa Librada in Sound Beach, a house that is still currently in the Galvez family. If you’d like to learn more about their journey, go to www.lopezgalvez.com/family-history.

Vicky Lopez, a former Miller Place Spanish teacher, shared her love of the Spanish language with upper level Spanish classes until she passed away in 2019. She would detail her 1935 journey from Almeria to Brooklyn and finally to Sound Beach. So that her journey would be remembered, she wrote and published her story, in both Spanish and English, in a book called El Grupo Salmeron. The book was graciously presented to the Civic by Vicky’s daughter, Luisa Lopez, and can also be found at the Brooklyn library.

The Sound Beach Civic is planning to collect and preserve in one location as much of the history of our hamlet with the goal of making it all availlable to the community at large. We currently are looking at various archives that have pictorials, anecdotes, and other information on Sound Beach

We know that a number of individuals in the area may have some of this information. So, if you have any material that you think should be preserved, please contact us (call 631-744-6952, e-mail Rubertob11789@aol.com).

Welcome to the SBCA

The Sound Beach Civic Association was founded to promote activities that improve the quality of life in Sound Beach. Click here to become a member!

Please remember our
ongoing food drive. All are welcome